They say that doctors make the worst patients. Along those lines, consultants surely make the worst clients. Or, at least, the most difficult negotiators. Whether that’s true or not, I can vouch for the most difficult consulting contract negotiation I ever conducted being at the hands of Aaron Veshama, the COO of a Massachusetts-based consulting firm. I was on the Amtrak Acela while it quickly ate up the miles along the Northeast corridor, which may not seem the most auspicious setting to carry on one side of a six-figure negotiation; however, I was making my way back to Connecticut from a client meeting in Philadelphia and this was my only chance to try to close the deal before Aaron took off for two weeks of travel. 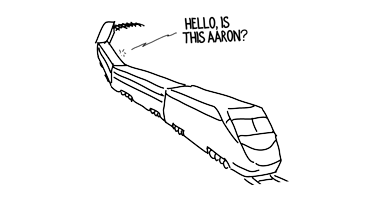 Aaron, an Israeli by birth, is a hard-nosed, no-nonsense veteran of one of the world’s largest consulting firms—one of those companies that is as well known by its initials as its full name. Perhaps because he had faced true danger staring across the Golan heights while in the Israeli armed forces, or perhaps because he had compiled an impeccable track record while rising to partner at the large firm, Aaron approached negotiations with the sure knowledge that his position was right and unassailable. Since my proposal contained many terms that did not comport with Aaron’s sense of how consulting should work, including a no-cancellation clause, significant up-front payment and a very high, value-based fee, he was quite prepared to derail the engagement entirely. Figuratively, of course. 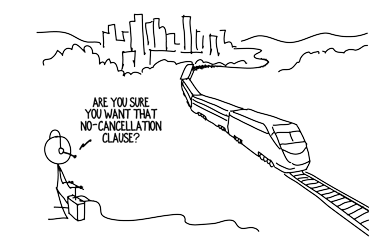 I verbally wrangled and wrestled with Aaron from the northern suburbs of Philadelphia to the southern suburbs of New York. Almost ninety-minutes of non-stop back-and-forth, at the end of which I rolled into Penn Station with a smoking hot cell phone and verbal agreement to a six-figure contract with all of the proposed fees intact and only minor changes to terms. I also had set a precedent for fees and contract structure that would stand me in good stead over a five-year stream of projects with Aaron’s firm.

The winning defense against Aaron’s well-reasoned, well-rehearsed offensive rested on a handful of best practices that have consistently delivered high fees, rewarding projects, and happy clients. The core of my approach centers on the Three C’s: Calm, Confident and Considerate. Even in the face of Aaron’s rapid-fire assault on my proposal, I didn’t allow myself to get rattled. Of course, the curious glances from nearby passengers whenever my voice rose may have helped keep me in check. 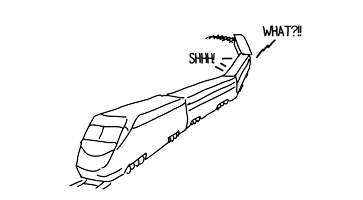 In practical terms, the Three C’s translate into a short list of negotiation tips, two of which I’ll cover here:

Suppose, for instance, your no-cancellation clause was being challenged. Instead of pointing out the advantages of your preferred arrangement, when it comes time to talk about the clause (which is not when your client brings it up, as noted in the next best practice), start by articulating the benefits of cancellable contracts. Yes, argue in favor of your client’s position, not your own. Aggressive defenses tend to provoke more aggressive attacks. In contrast, when your initial response embraces your prospect’s claims, they feel validated and are far more likely to accept your final reasoning.

This is a surprisingly difficult practice to master. Even when we’re not being defensive, we still want to immediately talk about whatever issue a client has just raised. Resisting this urge yields many, many rewards. One is that when we get the full list of objections on the table before addressing any of them we ensure there’s nothing hidden that could trip us up. Prospects often don’t lead with their make-or-break issues. Therefore, if you allow yourself to fall into drawn-out negotiation over the first couple of topics a potential client raises, he may simply grow weary of the process and turn down the proposal before you even get to the larger, underlying objection.

Surfacing all of the obstacles also safeguards you against becoming defensive. Inserting a bit of space between the prospect’s objection and your response creates a natural buffer, and you’re less likely to blurt out a knee-jerk, defensive response.

Waiting for the complete list of concerns before diving in also allows you to be strategic about which issues you’ll tackle and in what order. If the prospect wants something easy, like an extra presentation or assurances that you can deliver the final report in Swahili, you can concede those points at the beginning. In that way you’re creating positive momentum, showing that you’re collaborators not adversaries, earning some bargaining chips and expending some of your prospect’s negotiating energy on issues that cost you little or nothing. When you start with the easiest objections you’ll often find the harder ones evaporate almost magically.

These two best-practices just scratch the surface of course. There are about a dozen tips that will help you consistently negotiate and close lucrative consulting contracts. One that hasn’t made the list yet is negotiating while you’re on the train.

The Symbol of Your Success