Rick, a friend and colleague of mine routinely sells $3 million per year in consulting projects for his small, independent consulting firm. Being a quant-geek (like yours truly), he’s conducted some internal research on why he’s able to win projects and why some projects don’t sell.

(Tangential question for you to ponder: Why do you think that consultants who are closing millions in revenue have time to conduct research, write blogs like this one, etc.? Post your opinion at the bottom.)

The findings discussed below are based on a retrospective analysis of 95 proposals submitted over roughly three years. Good, solid research. And, if modern medicine has taught us anything, it’s that research doesn’t lie. (Though researchers do.1 I promise that this is valid, uncompromised research and no sketchy payments from Rick influenced this blog.)

Note that we’re focused on how to close projects, not on how to attract prospects and get opportunities in the first place. Attracting prospects is a different kettle of cod. So, with that in mind, let’s see what the research revealed.

Part 1 – How to Win Projects 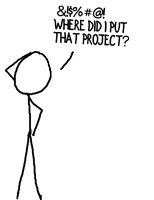 Part 2 – Why Projects are Lost

(100% of the projects that were lost over the three years are accounted for.)

Is your experience similar to the research? Which of Rick’s six winning strategies will you put into place more?

One Phone Call That Will Supercharge Your Pipeline