Let’s start with an important reminder:

Penny Thinking: if you’re constantly worrying about the number of hours you’re working on your projects, then you’re playing a micro game and your results will bang against a low ceiling. That’s “Penny Thinking.” 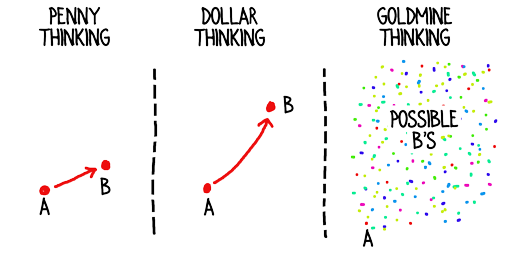 Dollar Thinking: If hours never cross your mind and you’re occasionally worrying about the number of weeks you’re devoting to one client or another, then you’re playing in a bigger game and pulling down bigger revenue.

Goldmine Thinking: If hours, days and weeks are basically an afterthought while you’re consumed with providing massive value to clients, then you’re in the hunt for global domination… or at least jumbo-size consulting revenue.

Moral of the story, Part 1:

Good so far. Except this: consultants who focus on small clients often remind me that their prospects tote around small purses that can’t accommodate big, juicy goldmine-worthy projects.

I’ve always agreed with that sentiment and, personally, built my consulting firm to serve $1+ billion clients. The Willie Sutton logic of “that’s where the money is” was undeniable. 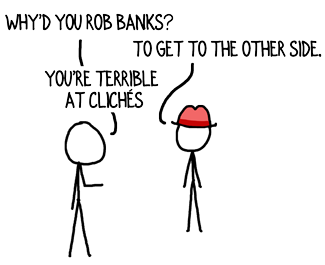 Well, gather ’round the cash register and listen up: A few years ago, I took on a client that was under $25 million in annual sales and, to my delighted surprise, they have contracted over $100k of consulting with my group every year since. Wow. Was this an anomaly or did I need a mind shift.

Mind shift. In the past couple of years I’ve added numerous clients who sign six-figure projects despite (or because of) topline annual sales below $10 million. Wow-wow.

But, if a company is so small, will they pony up for a sizable project? As a friend of Nemo (the fish, not the captain) said, “That’s a pretty big but!”

Yes, larger companies include many, many large issues on their to-do lists; however, the urgency driving each one is lower, and the internal staff available to tackle those problems is greater.

At the small company, the million-dollar issue is the priority. It’s a fresh, hot Frank Pepe’s pizza waiting for you to sink your teeth into.

Moral of the story, Part 2:

You may still be hesitating, thinking, “I don’t work on those big, juicy, million-dollar problems.” Well, my friend, why not? What’s stopping you? Absolutely nothing other than Penny Thinking.

Small companies in every industry and every market are facing myriad, major challenges. Your mission is to be open-minded enough to listen for the opportunities with your Goldmine mindset.

What has your experience been with small clients?

How to Correctly Start a Discovery Conversation

How to Inject Speed into Your Consulting and Succeed Faster