The benefits of thought leadership for consultants are well established. More inquiries from more clients, less competition and higher premiums on your projects. Plus, you’re invited to speak at conferences, write articles for prominent magazines and pose for your effigy to be carved into mountains. All of which lead to even more client inquiries. It’s a good thing. But what does it take to become a thought leader? Is it hard? Not really.

There are plenty of articles that speak to thought leadership tactics (e.g., publish a book, land a TV interview, win a Nobel Prize). But really, that stuff is just visibility. Plenty of visible people aren’t thought leaders.**

There are four hurdles you need to overcome, pretty much in order, to start establishing thought leadership. Actually, they’re not so much high hurdles as low steps. Or maybe just lines painted on the ground. Easy peasy.

Have an original idea. This is less daunting than it sounds. Below are three starting points for your fresh perspective: 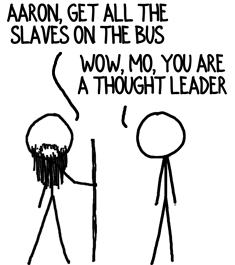 Corral evidence to support your original idea. I had a nice debate with a consultant recently on whether you need to have years of experience to be a thought leader. You don’t. You need proven success. You can be a newcomer to your field and if your original idea holds water, you’re a shoe-in for thought leader status. (Refer to Musk and space travel, above.) 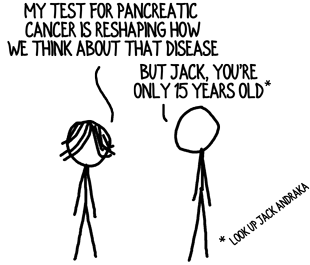 That evidence can be your own experience. But it can also be other people’s experiences or case studies or analysis. Plenty of thought leaders come up with an idea then search out evidence that corroborates their position. (Blue Ocean Strategy comes to mind.)

By the way, “intuitively obvious” counts as credible.

Your original idea has to be communicated in terms other folks can easily grasp. And repeat. For many of us, this is the toughest hurdle. Boiling down an idea to a catchy, repeatable essence takes some time and concentration.

Once again, frameworks and metaphors are your friend. My Client Acquisition Formula has six, easy-to-remember steps. “People on the bus” and “blue ocean” are memorable metaphors.

The fourth hurdle is communicating your clear, original, credible idea broadly, frequently and consistently over time. This is where the tactics from all those other articles come in. Write books, speak, host a TV show, found Paypal. None of these are particularly difficult, but they do take time.** 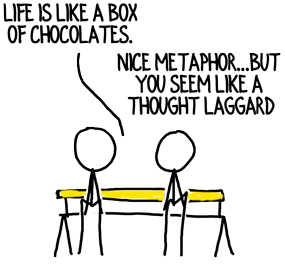 Interestingly, the more credible and clear your original idea is, the faster and easier you’ll be able to gain visibility.

Do you think becoming a thought leader is within your grasp? Are you already on your way (or already there)? Let me know in the comments section below.

The 7 People Every Consultant Must Have On Their Team

How to Avoid Overpricing Your Consulting Project