Years ago Shark Tank featured an enterprising young man pitching his sales training program. Daymond John handed the entrepreneur his pen and demanded, “Sell this to me.” The sales guy bombed. His defensive stance didn’t help, but the salesman’s real problem was his focus on the value and benefits of the pen. That’s a mistake many consultants make too. Here’s what I would have done:

I would have asked everyone on the set to hand me their pens. Then I would have told Daymond he had a risk-free, zero-cost opportunity to make $1 million, with one catch: he needed to physically ink the deal within 30 seconds.

Oops, he has no way of signing… would he like to buy my pen?**

You see, it’s not the benefits of the pen (or your project) that make it easy to sell. It’s what the client loses by not taking your offering. 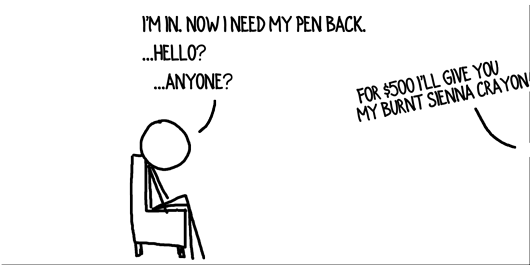 Promising irresistible value, or “value-stacking” is a lovely idea that’s floated around consulting circles for decades. It’s supported by stories of salespeople who pile value up until the buyer can’t help but say yes. Unfortunately, that approach is naïve. And wrong. At least for consulting.

Value-stacking occasionally succeeds on TV, where “free Ginsu knives” and “keep the cookbook” is part of the pitch. But only because the audience is enormous and the buyer’s investment is low. Conversion rates are usually well below 1%.

What about higher-ticket items like timeshares, where the leads are prequalified and salespeople ferret out deep desires, magnify the benefits of Tahitian vacations and layer a bazillion bonus points onto the deal? The timeshare industry close rate is around 15%. A consultant with that success statistic would soon face bankruptcy.

Timeshare salesmen can only sell the dream. You on the other hand, have a much better option. 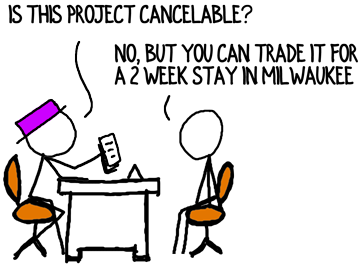 What’s the Problem with Selling Value?

First, though, what’s the problem with selling value? I’ll sum it up by combining meteorology and behavioral economics. This is a chocolate-meets-peanut-butter moment.

You know the concept of “Realfeel.” As in, “It’s 23 degrees outside, but the Realfeel is nine thousand below.” And you may know that people strongly prefer avoiding loss to receiving a gain.** We’re going to wrap Realfeel and loss-avoidance together.

Let’s say your $50k project will improve your prospect’s cafeteria profitability by $1 million. Rationally, spending $50k for a $1 million gain is a no-brainer. But humans aren’t rational. They react to Realfeel.

To your prospect, the Realfeel of the anticipated $1 million gain may only be $100k, whereas the Realfeel of losing $50k to consulting fees may be ten times that amount. On that basis, the prospect rejects your proposal and his cafeteria continues to serve unprofitable goulash.

Consulting projects are significant investments. They demand a high percentage of the decision maker’s financial, emotional, and credibility stores. They’re big wagers. Therefore, the Realfeel of fees is disproportionately magnified. And that’s why trying to avoid the cost discussion is misguided. Cost is a huge consideration to the buyer.

The other side of the prospect’s scale holds nebulous, unreliable, potential value. Promised results are easily discounted to the point of being dismissed altogether. Piling on value doesn’t help if the Realfeel of the projected gains remains low.

So, What Do You Focus On?

Followers of my work know I’m a huge proponent of quantifying value. But it only works if you combat the high Realfeel of fees. Fortunately, there’s an effective way to do that.

You dive into the Value section of the Context Discussion by inquiring, “Why bother? What is the meaningful impact this project will have on you, your company, your employees or your customers?” But don’t fall into the Shark Tank guy’s trap of focusing on value, value, value. Focus on costs. 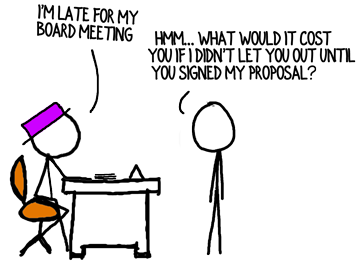 Those questions combat costs with costs. They pit the high Realfeel loss of cash (for fees) against higher Realfeel losses of not doing the project. The timeshare sales guy can’t do that. He sells aspirations, and aspirations are far more difficult to sell than solutions to problems.

You should highlight value, of course. Paint a glorious portrait of the prospect’s life after engaging you. But also present the gruesome picture of life if they don’t bring you in.

As a consultant you can, and should, focus on costs. The costs of not doing the project.

I’m curious about your practice. Most consultants know the value/gain they promise their clients. But what does it cost your clients to not work with you? Share your thoughts below.

Text and images are © 2023 David A. Fields, all rights reserved.

Reluctant Prospect? How (and When) to Win the Consulting Project

5 Consulting Clients to Avoid (No Matter How Big the Project)