About eight weeks ago, a seasoned consultant named Darren sent me an exultant email. (My favorite kind, by the way.) He crowed about the project he had just closed: a $235,000 initiative that would commence in roughly six months. This was the biggest single sale of Darren’s 20 year career as a consultant and equaled the whole of last year’s earnings. Understandably, he treated his wife to a sumptuous dinner and popped the cork on a bottle of Dom Pérignon. 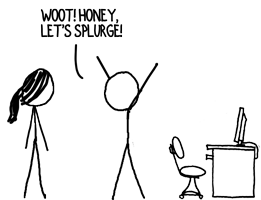 Fast forward a few weeks and you can watch Darren’s tears splashing against an empty champagne flute. After initially agreeing to the project, the client whittled the scope down to a $50,000 effort. Then, days later, the client questioned whether Darren’s initiative would duplicate the efforts of a new VP of Marketing. The rest of the project evaporated. 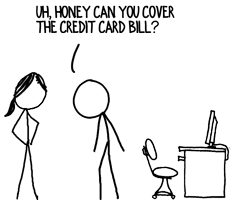 Could Darren have prevented his big sale from falling through? Could you?

Darren, like most consultants, thought that the route to higher sales was persuading more prospects to say, “Yes.” As in, “Yes, I’ll sign up for that massive transformation effort” or “Yes, reorganize our sales force” or “Yes, I’ll pay gobs of money for every pearl of wisdom that drops from your lips.”

The route to high revenue is not just about getting more Yeses. It’s also about quickly discerning whether a prospect will say “No.” As in, “No, my new VP of Marketing can do that” or “No, I’m fickle and change my mind a lot” or “No, I don’t want those wet pearls.”**

If you’re like most consultants, you hate hearing “No.” And unless you have learned to transmute lead into gold** or you deliver an unlimited supply of chocolate**, you probably hear a lot more Nos than Yeses. Thank your lucky stars.

A prospect who doesn’t want your services and brushes you off quickly has saved you a bundle of time and a bushel of heartache. The prospects who lead you along, not wanting to hurt your feelings, are the ones that leave you with a business hangover. 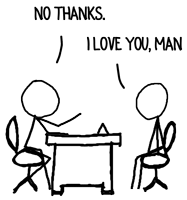 Rather than driving relentlessly to Yes, the most successful consultants rapidly surface any hidden No. Below are three times you should dig for a No:

Searching for No will never cost you a sale – if the prospect says No when you push, she would have said it anyway at some point down the line. The difference is that when you force the issue, you’re prepared for it and it’s on your timing, not hers.

By surfacing the objections early on, you can walk away before you waste your time, or you can address the concerns and, possibly, earn that champagne toast after all.

When else have you found it valuable to search for a No as assiduously as you pursue a Yes?

Strike Like Lightning. How to Make Your Marketing More Successful