Jesper (actual name of the consultant) tried for ages to land a project with Astra Zeneca (actual name of client; a.k.a. AZ). His firm had a history of work with AZ, particularly in North America; however, they had never been able to win a consulting engagement in Europe (actual names of continents).

Last week, after eight months of effort, Jesper closed a project with AZ Europe. How? 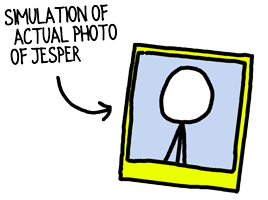 Lately I’ve heard a consistent theme from consultants in a wide variety of firms who’ve been locking in new consulting business. They’ve attributed their success to well-crafted processes, careful language and one, common concept:

On the surface, this is as obvious as adding vanilla ice cream to hot apple pie. Once you pick up your spork to dive in, however, you realize Persistence raises a couple of pesky questions:

Let’s grab a slice of Mom’s apple pie a la mode, and chew over answers to these questions.

What Does Being Persistent Entail for Consultants?

Tactically speaking, being persistent means reaching out to your prospect by email, phone or in person on a regular basis. What to say/not say is covered below.

Practically speaking, how frequently and diligently you follow up depends on the size of the project and importance of the client. AZ was an extremely important, strategic client for Jesper’s firm, so following up for 8 months or even 18 months was a no-brainer. Frustrating and discouraging at times, but worthwhile.

I kept up regular outreach with one prospect for five years before he finally offered a juicy project.

How to Be Persistent Without Being a Pest

Consultants are often concerned they’ll be perceived as annoying if they follow up repeatedly with a prospect. They fear becoming the professional equivalent of kids in the back seat during a road trip. (Are we there yet?)

That’s a legitimate fear, but also an avoidable concern.

There’s absolutely nothing wrong with repeatedly following up on an introduction or a project that’s under consideration. Busy, overwhelmed executives often appreciate the reminder.

Keep the following in mind:

How do YOU manage persistence?

8 Best Practices for Saving a Consulting Project or Client