Let’s go old school. There’s a choice consultants make every day, and I am convinced that consultants who choose correctly will experience huge gains in their productivity and business-development efforts.

Before I reveal the details of this game-changing choice, let me quickly review the problems it addresses. (I could reveal the surprise immediately, but then you’d mutter something like, “I already knew I should choose the blue pill.” And you’d stop reading. Where’s the fun in that?)** 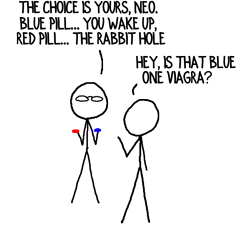 Problem #1 facing many consultants: Prospects aren’t responding to your inquiries. You’re sending beautifully nuanced emails, sometimes with painstakingly crafted collateral attached and… nothing. No reply. The other side of the email chain is apparently anchored in some mystical place out of touch with the real world like Narnia or Oz.**

Problem #2 facing many consultants: You’re in a time crunch. Working projects, meeting prospects for networking lunches, writing blogs and following up on past-due invoices. Your to-do list extended itself past the edge of the whiteboard, ran down the wall and is curled lazily on the office floor.

This frustrating combination of unresponsive prospects and work-overwhelm is extremely common. Fortunately, in my work with myriad consultants, I’ve seen one tweak you can make easily and immediately that will mitigate both problems. That tweak is your choice of communication mediums. The phone is your friend.

Too many consultants are hiding behind email when they should be picking up the phone and making a call. While prospects are in your funnel, you should be calling them, not emailing them. Is it ever okay to email? Sure. But think of email as your supplemental communication medium, and the phone as your primary.

Anything of any importance whatsoever should be handled in a phone call. Not only are emails easily dismissed, ignored, overlooked and generally low-impact, they’re a lousy communication medium.

It’s very difficult to communicate emotional content effectively in an email. (And remember, emotions are what convert prospects into clients.) When it comes to moving prospects forward in the funnel, emails aren’t the worst choice, but they’re pretty close. 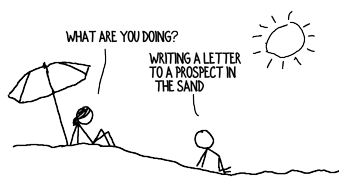 Ironically, I also see consultants squandering valuable time on in-person meetings that could easily be handled by… you guessed it, telephone. Face-to-face time is definitely the richest form of communication and it affords you ample opportunity to build rapport, trust, etc.

On the other hand, tearing three hours out of your day (including travel time) to “grab coffee” with someone who hasn’t expressed solid interest in a specific project is not a smart use of time.

Early on in the relationship, talk by phone. If you’re personable and attentive (stop surfing the net while you’re on a call!), you can accomplish 85% of the relationship-building at a fraction of the cost of an in-person meeting. I have proposed, won and delivered large projects entirely over the phone with prospects I’ve never once met in person.

Alexander Graham Bell gave us the telephone in the late 19th century and it’s still the best, most effective and efficient business-building tool in your arsenal. Like I said, let’s go old school.

How to Stop Meeting People and Start Winning Clients [The Turn]