Common wisdom says you should offer some sort of value to prospects when you reach out to them. What if that common wisdom is not only wrong, but backwards? 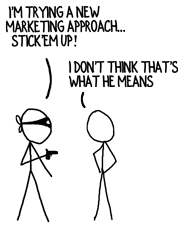 I’m sure you’ve seen or heard advice that consultants should only reach out to prospects when they have a compelling, useful tidbit to offer. For example, an article or white paper, your new book, an introduction to a sought-after peer, or insights from a project you conducted recently. (Alternatively, in case you have me on your outreach list, useful tidbits include boxes of chocolate, New York Rangers tickets or a 2015 V12 Ferrari FF.)

You know the script: “Hi Bob. I thought you’d be interested in some findings from a project we just completed with another company in your industry.” How many times have you tried something like that? How often has it worked?

The surprising truth is the “offer value when you call” approach is like fur on the outside of a coat. Logical, but actually more effective when it’s inverted.

Rather than reaching out when you have something, reach out when you want something. Specifically, advice and insight. Which we all need constantly. This script sounds like: “Hi Bob. I was looking for a bit of insight on the latest trends in neurological meters and you immediately came to mind as the right person to talk to. Could I pick your brain for about two minutes?” I call this Seduction by Solicitation, because it creates or stimulates a warm relationship by requesting a favor.

This approach is a variation on the phenomenon noted by Ben Franklin in his autobiography: “He that has once done you a kindness will be more ready to do you another, than he whom you yourself have obliged.” The idea is that if you do a favor for Josie (e.g., offer a copy of your book) and ask for a favor from MeiLi (e.g., seek advice), MeiLi is more likely than Josie to consent to a larger request, such as engaging in a discussion of how you can work together. (The exception, of course, is if you offer me Josie the Ferrari or seats at the Stanley Cup finals.) 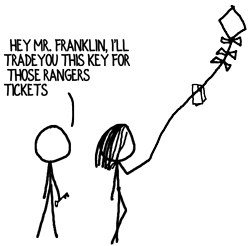 At first blush, this doesn’t appear to comport with the six principles of influence fabulously outlined by Robert Cialdini. After all, the number one principle of Reciprocity suggests that if we want MeiLi to do us a good turn (listen to our offerings) we first need to bestow some useful token on her (article, book, etc.).

Delve deeper, though, because Reciprocity works in reverse. If we ask MeiLi for a small favor such as her advice, then she feels entitled to ask a favor of us. That’s reciprocity, and that’s exactly what we want! When she’s asking us to engage, cultivate the relationship and show value, we’re sitting pretty. Better yet, we know MeiLi will appreciate the offering she requested; a wholly different proposition than the unsolicited article, book or advice we were foisting on her.

I built my Rolodex of CEO contacts using this approach. When I started out, there was no way the CEOs of $1+ billion companies were going to take my call. Unless, it turned out, I had an intriguing need for advice. Starting with just two CEO contacts and a simple request for insights I built relationships with just shy of 70 large-company CEOs in about three months.

The table below shows the advantages of asking for help rather than offering value when approaching prospects.

Since you don’t need to develop a new, high-value morsel to Seduce by Solicitation, there’s no reason to wait. Jump all over it by requesting help from your prospects today. You already know where to send the leftover Rangers tickets and the keys to the Ferrari.

Have you tried the approach I’ve outlined either purposely or inadvertently? If so, what were the results? Share an example in the comments selection below so other consultants can learn from your experience.

How to Attract Clients Without Trying

7 Inquiry Methods You Must Master